Reply to my four mile stones 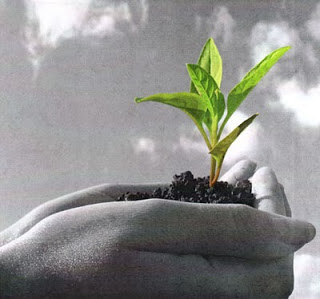 
Oh Sage !, You have released from the Cage (of printed media) many a Page of our holy scriptures by digitalising it and making it as a Webpage. Truly, the milestones are not made of 'concrete' or 'granite' but of 'diamonds' and 'pearls'.

From Shri Nandu's mail, I came to know about your great achievements. Man, You have truly "lived", and Swami Vivekananda would greatly be proud of you, as according to him : "Those who live for others alone live, the rest are more dead, than alive."


I Salute the thought, (of sharing, all the best with others)

I Salute the Feat, (ala a Bhagirathan),

I Salute the Feet,

I salute the nimble fingers, which made all this possible.

Such is the composition of great Souls, who position themselves in the service of others, at the appropriate time.

Thanks a million for sharing the compositions of all great works of all ever greats in the 'digital world', for which the whole world is Ever Grateful to you. This again shows what a determined Mind can achieve.

My pranams are also due to your dear Dharmapathni, who permitted you, supported you and made this all possible by maintaining a 'peaceful homefront', for the last 40 years happily with you, true to the role she accepted in your life. You two have given a new meaning to the word 'Together', which is the Key to a successful family life. Kalidasa's opening prayer in one of his great epics poems (Kumarasambhava ?), exemplifying Lord Shiva and Parvathi, starting with वाक् and its inseperable 'अर्थ्", comes to my mind. You two have proved it a fact.

It is all because you had your Priorities right and you treaded a right line. Truly your 'service' is Music to the digital world, going to ever reverberate like all the ever green krithis and keerthanas you have helped translate ad place it on the net. Your site has become a reference point for all the sthothras and is always one and also will remain the only one, which any devotee would like to sight.

May the blessings of the Lord be ever on you and your Great Family, so that you all can continue to bless the humanity in your own great way.

Prayer to get children in Sanskrit

Dear Friends,
I had recently told about a stotra to get married. I had another great stotra in Malayalam script which would help in
a. To get a childless women to get a child
b, To get a son for a women who has only daughters
c. To prevent frequent abortions leading to childlessness.
This is the great Stotra called “Vamsa Vrudhi karam Durga Kavacham.”. This stotra was taught to Lord Saneeswara by his father Sun.
. Mr.P.R,Chandran has taken great pains to type the stotra in Devanagari Script.
People who are interested in getting it may please write to me at ramya475 at hotmail dot com or MrP.R.Chandran at chandranpr at gmail dot com . With best wishes, Ramachander
Posted by Raja Thatha at 4:48 AM No comments:

I. The first mile stone is my completing the translation of 500th Stotram, I can publicly confess that I am not a great scholar and whatever I have done is by the express guidance from God. This great collection includes such gems like Bhagavad Gita, SundraKandam of Ramayanam, Devi Mahathmyam, Sri Krishna Karnamrutham ,Three great Sahara Namams(Vishnu, Lalitha and Shiva) The great Abhirami Andhathi from Tamil ,and Jnana Pana of Poonthanam. It also includes great works like Narada Bhakthi Suthra, Yaksha Prasna, Aprakshanubhuthi, Sri Ramo dhantham and so on. I would like to humbly bow before God and tell, “Lord, thank you for using me as your finger for typing in my computer using my fingers.”
II. The second mile stone pertains to my translation of 300 Carnatic music Keetrthanas originally written in five different languages. I am not a musician and not a great pundit in any of the five languages. Here again it is God’s miracle, especially when we take in to consideration the fact that I have completed this stupendous job in a period of just three months.
III. The third mile stone is a personal one. On July 13th I would be completing 40 years of blissful and happy married life with my wife. Taking in to consideration the fact that , it is her love and encouragement that makes me do what I do, I would make her the silent partner of all that I do and achieve. Together we have raised a great son and a great daughter. As on today we have two very great grand daughters and two great grand sons. By modern day standards , we are not rich but both of us think that whatever we have is all that we need. We believe strongly in God and also believe he knows what we need. For the past ten years I have been helping thousands of people all over the world with astrological consultation mainly on matching horoscopes. Several times we were offered huge amounts of money but we both decided that we will not take any money. We do have differences in our likes, dislikes and priorities in life. But very early in married life we decided that these differences would not create even a small ripple in our married life. I am sure that God guides us even here and we both salute him and tell “Sir , a big thank you”, and I would like to say to her , “My wife, I consider you as the greatest blessing Of God to me.”
Ramachander
Posted by Raja Thatha at 10:07 AM 4 comments: