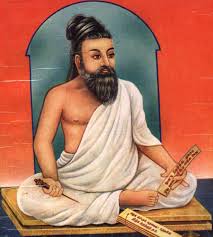 ( Thiruvalluvar again and again emphasizes that ignorance is a curse.This chapter is worth reading   by every one)

1.Abscence of intelligence is   the  worst form of poverty,
For poverty  would not be  considered  as stable  by the world.

2.If a person without intelligence  gives something with joy,
It is only due to the good fortune  of a person getting it.

3.The sorrows that  the person  without  intelligence causes to himself,
Cannot be caused  even by his enemy.

5.The claim  of a person without intelligence   that he  has read,
The books that  he has not read  , would  make others feel .
That he does not know even the book that he has learnt.

6.It is  also  ignorance to hide   their parts of body  only,
Without trying to remove   the problems that one person has.

7.The ignorant person  lets out important secrets  which should  be hidden,
And would  invite great sorrows  to himself.

8.A person of ignorance   who does not obey others  and ,
Does not it himself also  , would be a sickness  to the world , till he dies.

9.If one tries to give wisdom to a person  of ignorance m,
He would not be able to do it and ultimately  sorrow of it.

10.A person who says no to  the fact that the  world  has  learned people  ,
Would be considered as   the devil who walks  in the world.